In its early days, the church was served by itinerant ministers on an irregular basis, and church school was taught each Sunday by the dedicated members. The first building consisted of what is now the sanctuary of the church. An area was added in the 1940s to provide a social hall, church office, restrooms, and classroom. 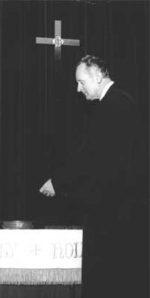 In 1960, the church had its first regular minister when semi-retired Dr. Charles Cooley accepted the part-time position. Dr. Cooley moved to Suquamish from Florida, where he had been Associate Minister at the Miami Beach Community Congregational Church.

In 1961, a new social hall and kitchen were added to the building.

In 1963, the congregation voted to be part of a national merger of the Congregation Christian Churches and the Evangelical and Reformed Churches, and the United Church of Christ was formed. 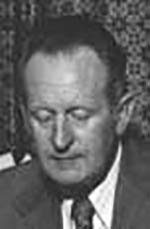 Following the retirement of Dr. Cooley, in March 1963 the Reverend Norman Stuart became the congregation’s first full-time pastor. A parsonage was built on McKinstry Street in Suquamish, and a play court was added adjacent to the parsonage. In December 1977, the congregation was shocked when Reverend Stuart suddenly passed away due to a heart attack. 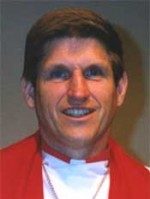 In August 1978, Reverend Richard Kroll arrived to serve the church. The parsonage was then sold to the Kroll family, but the play court was retained by the church until the late 1990s.

A new addition was added to the church in 1980 for education and office space. With the completion of the addition, the social hall area was named “Stuart Hall” after Reverend Stuart. At the same time the old choir room was refurbished to serve as a library, meeting room, and choir room and was named the “Vivian Robe Room” after a retired choir director. 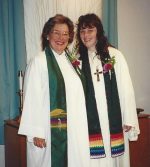 In 1982 Sally Nelson was hired as part-time director of children’s ministry and program assistant. In 1986, due to the illness of Reverend Kroll, Reverend Janis Dey served as a temporary assistant minister until Reverend Kroll was able to return. 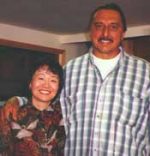 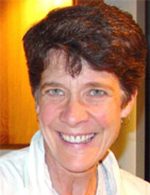 In the late 1990s, the ministry and mission of the church enjoyed the leadership of the Associate Minister, Reverend Sally Balmer (left). 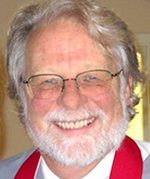 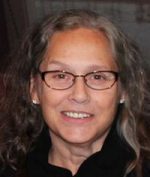 In 2003, we called Reverend Tom Thresher, Ph.D., whose leadership and ministry in the mission of the church continued through January 2015.

During the spring of 2015, following the departure of Reverend Thresher, the church was served by Pastoral Assistant Aiya Maston, with the support of church members who provided lay leadership and sermons for Sunday worship.

History of the UCC

The Evangelical and Reformed Church

The UCC Comes of Age